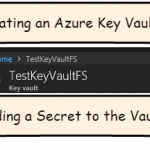 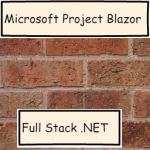 There was a recent project announcement at Microsoft that I would like to highlight for those interested in Microsoft web development – Project Blazor. This project is being developed by the ASP.NET team and will deliver the ability to have .NET code (C#/Razor) execute directly client side in browsers at native speed in place of
Read More 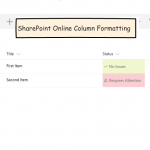 SharePoint Online column formatting was announced at Ignite and is now available in production. The column formatting feature allows SharePoint site owners to control the display of fields in a SharePoint view including conditional formatting, applying formatting based on a date range, creating clickable actions, some visualizations (such as a status bar), and the use
Read More 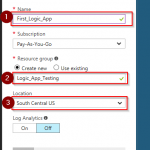 A good thing to know about Sharegate when doing migrations of file share data into SharePoint is that Sharegate will not import files with the file attributes of hidden or system. This is generally a good thing because these hidden files may include things like temporary files associated with Office documents. If you would like
Read More 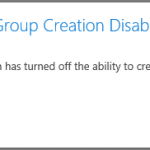 Microsoft Forms, part of Office 365, allows users to create simple forms such as surveys, polls, and quizzes. Originally Forms was rolled out to Office 365 Education tenants, but recently the feature was also added to the standard commercial tenants in preview. In this post I will create a simple Form and connect it to
Read More